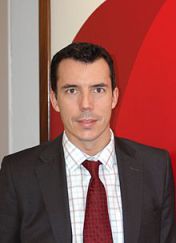 Carlos Mulas-Granados is an Economist at the Fiscal Affairs Department of the International Monetary Fund, where he works on Expenditure Policy related issues. Since he joined the Fund he has worked on several countries, including Portugal, Costa Rica or Senegal, and has contributed to research in different policy issues from inequality to public investment or debt reduction. His areas of expertise are Public Economics, Macro-fiscal Policy, Political Economy and Expenditure Reform. He is the author of 3 books and more than 20 articles in refereed journals. Since 2012, he is on special leave from his position as tenured Assistant Professor in the Department of Applied Economics at Complutense University, Spain. Before joining Complutense University, he had been a part-time lecturer at Columbia University and Cambridge University, and a full-time assistant professor at George Washington University and European University of Madrid. He has also been visiting professor in different graduate programs at the School of Industrial Organization, the Iberoamerican Foundation of Public Policies, the Institute for Fiscal Studies and the Ortega y Gasset Foundation. During that period he was several times a visiting scholar at the International Monetary Fund and the European Commission. He holds a PhD in Economics from Cambridge University (UK) and a European Doctor degree in Economics from Complutense University (Spain). He also has a Masters degree in International Political Economy from Columbia University (USA) and is Doctor Member of the Center for Advanced Studies in the Social Sciences at the Juan March Institute (Spain). Before that, he gained BA degrees in Economics and Business Administration from Carlos III University in Madrid.